Happy birthday to us! enotions turns 20!

It’s a peculiar date for me to try and get my head around. Part of me feels enotions is all I’ve ever known in my long professional career, whilst the other part of me wonders how those years have flown by so quickly! The days when there was no Google, Amazon only sold books, Facebook wasn’t sending you friend requests and mobile phones were blocks with texts and that snake game!

I was no spring chicken when I set the business up, although by the current state of me, knackered by sitting on my backside for too many 12-hour stints, I’d take that 30-year old back any day! (I have recently invested in a standing desk after 20 years, so my spine is slowly relocating to where it should be.)

Having worked in the web industry for the likes of IBM and Integra for six years prior to enotions, and seeing first hand the dot com boom and subsequent bust, it was clear to me in 2001/2002 that there would come the opportunity for smaller companies to compete with the larger ones by using the internet as the levelling-up platform. And I wanted a piece of that opportunity, not just for me, but also for the other companies I knew I could help.

That was the catalyst that started enotions – wishing to help other businesses make the most of the web, and the same ambition remains true ever since. This mentality defined enotions, both back then and still today; that we will, and often do, sacrifice our own profit and sensible business working hours to make sure our clients are catered for above and beyond what many other agencies will do.

I’m not looking for adoration or pats on the back from my fellow professionals for saying such a thing! Honest! The thinking was just borne out of a simple observation I made early on in my career – that when you make a real difference to customer’s business and surpass expectations, the client is always genuinely grateful and happy, resulting in a far happier work life for you. And that’s what we’ve tried to harbour at enotions. We’ve not always been successful, but in the grand scheme of things, there’s been a lot more successes than failures over our twenty years in business.

Of course, I’ve long since learnt that you can have very happy and appreciative clients without compromising your profit margins or spending hours in the office, but that ship has now sailed and going the extra mile has rather ingrained itself into the enotions’ psyche – too deep in me, at least, to change now.

What this approach has meant is that enotions is not the enormous billion pound organisation it could have, and probably wanted to be, about 13 years ago, when we worked with half of the world’s biggest FMCG brands. Instead, enotions has followed a more modest, if still hugely successful, path because I’ve always put clients before money. You don’t need to be a genius to know that this always affects your profits. But I’ve also taken this path because I simply didn’t want the business to turn into a monster. And 20 years on, I’m genuinely happy to have done that – to have built a business that has stayed true to its morals and has at its heart a workforce of like-minded people and clients who know they are really cared for.

enotions was set up both to help clients and to provide me a work life balance for when kids came along (I know, right, set up a new business so you can spend more time with your kids – go figure!) and that mindset has also helped shape and direct how the business has evolved.

For example, when we reached the unruly team size of 20, I stunted the business’s growth and took enotions back to where I knew I could manage it better and more agile. Likewise, enotions has never worked out of a ‘proper office’, instead expanding from the guest bedroom (years 2002 to 2005) to the converted garage office (years 2005 to present day) – hey, we were the original adopters of virtual remote working, sixteen years before all companies had to integrate that way of working into their processes, courtesy of the pandemic!

We’ve worked with some of the biggest brands and businesses in the world, as well as one man bands and charities who function from their sofas in their front room. The vast majority of clients have been enormous fun to work with and I like to think we’ve made a positive difference to all of them through our involvement.

Of course, some clients have left us because they felt we weren’t a good fit for them (like any relationship, some times the personalities don’t fit), some left because they were told the grass was greener in the next door agency (spoiler: it rarely is), but an awful lot have stayed from the time they first joined us; Carol Hayes Management, Holborn Studios, Anokaa Restaurant, Coombe Caravans, Flexiloo, Paw Pals, Place Rec, Raptor PR, World Golf Teachers Federation, Spruce Pools. These are just some of the clients where I like to think our relationship has moved beyond client/agency to one of a trusted strategic partner. That is the goal for every client with whom we work. To be more than a hired help but an agency who can help steer and direct the customer’s business. Sometimes it happens. Sometimes, we, or they, fall short. But the ambition has always, and continues to be, there.

Anyway, I had intended to use this post as my attempt to impart my knowledge of how to run a successful business for twenty years. But I’m neither arrogant enough to think I know best, or confident that the way I have run enotions is the right way for most other people to run their business. So I don’t think I’ll even try.

What I do know is that I’ve run enotions in a way that’s worked for me. I wanted a business that put clients and life’s balance on an even keel. I don’t think I’ve always managed it, clients almost always winning my time and attention, but when I look back, I’m immensely proud of how we’ve navigated things, kept our head above water, always paid our bills and been busy enough to never come in on a morning scratching my head with nothing to do.

I’ve worked with some fantastic people, both at enotions and client-side, and I’m being honest when I say that both the current enotions’ team and our current client list is of the highest calibre and most fun I’ve ever known in our twenty years.

Do I fancy another twenty years? I think I’ll pass. I’ll be too old and ‘out of the loop’ by then. But I hope in twenty years’ time I have the same ambition and drive doing whatever it is I am doing then that I still have every morning when I come into work and push enotions a little further along the road towards … and that’s the thing. Just like the internet and emerging technologies, where enotions is headed is an interesting, illusive and ever changing prospect. What I do know is that its waypoints continue to be our client projects and the ports at which we stop the deliverables where we unveil our work. And, currently, there are calm waters all around us and a lot of waypoints to navigate. So whilst there’s wind in the sails and ambition in the crew, enotions will continue traversing these seas towards a bright and rewarding future. 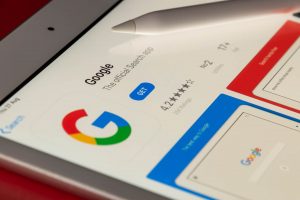 Getting your SEO ‘sorted’ for beginners

SEO is one of the most notorious buzzwords in the digital marketing industry. Yet so few people outside of it know what it means, or

Another fiction author web site designed and built by enotions

We are delighted to announce that the brand new web site for Danish-noir crime fiction, author Heidi Amsinck, has gone live. Heidi is a journalist

A new bigger and better website for Visit Gardens

Visit Gardens new web site has gone live, courtesy of enotions. Visit Gardens is an online portal for people wanting to discover more about the

Standing out from the crowd with a truly unique web site

Sienna Edge have been a client of ours since their inception ten years ago. We designed and built their first web site when they were

This website uses cookies to improve your experience while you navigate through the website. Out of these, the cookies that are categorized as necessary are stored on your browser as they are essential for the working of basic functionalities of the website. We also use third-party cookies that help us analyze and understand how you use this website. These cookies will be stored in your browser only with your consent. You also have the option to opt-out of these cookies. But opting out of some of these cookies may affect your browsing experience.
Necessary Always Enabled
Necessary cookies are absolutely essential for the website to function properly. This category only includes cookies that ensures basic functionalities and security features of the website. These cookies do not store any personal information.
Non-necessary
Any cookies that may not be particularly necessary for the website to function and is used specifically to collect user personal data via analytics, ads, other embedded contents are termed as non-necessary cookies. It is mandatory to procure user consent prior to running these cookies on your website.
SAVE & ACCEPT